Ideas: FlashDevelop on OSX and GNU/Linux

FlashDevelop is an open-source IDE for Flash Platform development (ActionScript, MXML, HAXE, etc.) on Windows platform. I have extensively used it in past, and still, painfully, use it via windows virtual-machine on OSX host.

Couple of years back, I looked at FlashDevelop code to figure out, if we can port it for other operating-systems, such as Mac OSX and GNU/Linux.

I posted on Flash Develop forum about my experiments:

I have been trying to run FlashDevelop under OSX. In last couple of years, whenever I got sometime, I tried these:-

I am really excited about the possibilities, if we can port this one library we can get very closer to run FlashDevelop on OSX using Mono.

Note: pics.im seems to be dead, so I have uploaded new screen-shots 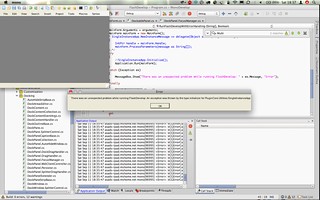 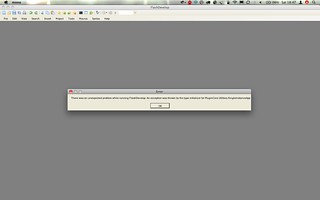 MonoDevelop is good enough and works well on OSX, I guess also GNU/Linux. However, I am yet to look at licensing and possibilities of forking the project (MonoDevelop)?

BTW! I have been lazy to write about such experiments on the blog, but while commenting on Jesse Warden's post, I thought, it makes sense to post it here, so it lives.

Please let me know, if you have any ideas about making this happen? I would be happy to collaborate, contribute and donate in whatever capacity I can.